As the end of the Year is approaching, we visited to our ongoing construction sites in Hong Kong Island and Kowloon.

They are at different stages of construction (demolition, preparation of foundation tender, foundation and pile cap work). It was good for the team to collectively see the progress of three of our projects, which are of different programs: mixed use residential pencil tower to mixed use apartment block and office building.

These first three projects will be heading for completion in 2017 before we can really confirm whether our designs work or completely fail... 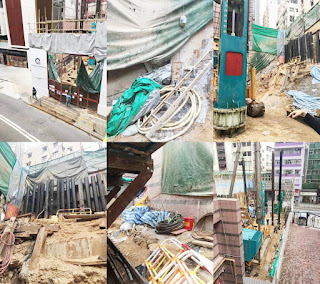 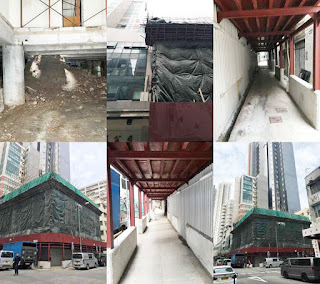 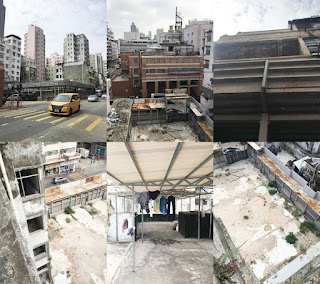 Season's Greetings and a Successful 2016

Another year will pass very soon and we wish to reach out to our readers and we would like to extend our best wishes to a successful and fascinating 2016 to you as well.

2015 has been an exciting year for us with new collaborators, new partners, new projects and new colleagues. We are looking forward to ongoing construction sites in Hong Kong as well as in China. We have cemented our presence in Asia with key projects in mixed use and hospitality. And we are thrilled to see new projects evolving in 2016.

This year would have been nothing without the dedication, commitment and trust of our colleagues and collaborators.

For us the fascination of the new Chinese urbanism lies the development of themed cities. They can be based on nearly anything: Flower cities, medical cities and even coffee cities (like in our case) are forming the new urban landscape. Where traditionally a city evolved in all its complexity around trade or defence, the themed urbanism transforms the complexity of cities into a brand. All those new city developments are using similar ingredients that are loaded with an identity, that is either rooted in features found on site and or practices from the region.

Yet the peculiar identity of the region will be scaled from a potential singular point/building to a city. This scalar change has an interesting effect on the development: Imagine you take the Eiffel Tower in Paris and replicate it as many times as possible throughout the city. What used to be unique becomes ubiquitous. As if one is not enough content to give quality. Repetition becomes reassurance of quality.

A usual mix of the city looks like this: A vast trading centre with convention area, sales halls and infrastructure hub is surrounded by hotels, entertainment streets and centres, exhibition areas for the theme, offices and a vast area for residential development. All branded, all themed, all empty for the most part.

When we were approached by the coffee town in Fushan, Hainan, we were fascinated by the idea, that an entire city can evolve around coffee. They took great length to justify the massive development with the obviously delicious local coffee production.

To our surprise, we were greeted by a gate of Phoenix and Dragon instead of giant coffee beans, followed by an ever so popular italian plaza and village of the most bleak character. Nothing seemed to work together as all buildings were either for trade or administration. We couldn't spot any residential development which at least would have added some life to the public spaces. We enjoyed the coffee however. Delicious and really special. We felt sad, that such exquisite taste cannot be mirrored by the urbanism.

Greeted by Phoenix and Dragon: 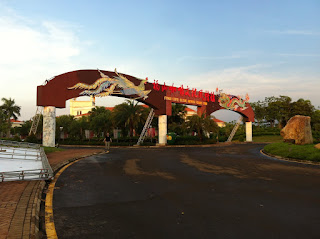 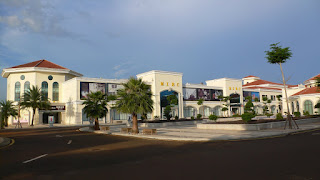 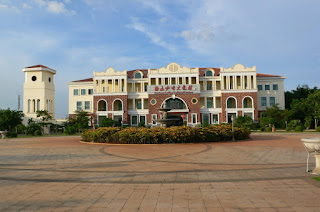 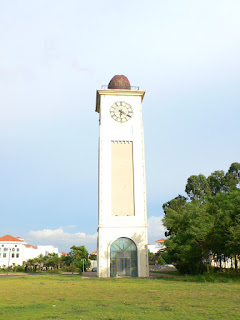 We were obviously were fascinated by the findings on site and were attracted to the idea of creating a bold statement that takes on the theme of the city and evolves architecture around the idea of nature, leisure, farming and yes, maybe coffee as well. Being in a hilly environment, where slopes were lush and green and used for coffee farming. The breeze from the sea adds a healthy saltiness to the tropical, moist air, which we think is responsible for the delicious taste of the local coffee. We saw a potential to put more emphasis on nature, natural materials, fresh air, outdoor and landscape as the identity to enhance what ever city evolves around the theme of coffee.

We proposed a few strategic concepts to the client and which evolved around leisure and nature and illustrated it by transforming the existing identity buildings first. As an alternative to the current gate, we proposed an architectural canopy, that puts emphasis on organic materials and light, shade, air.

We envisioned buildings to be more open to the environment by creating large terraces and big cantilevers for self shading.

An sightseeing tower replaced the clock tower with a viewing platform around a coffee tree on top of the city. 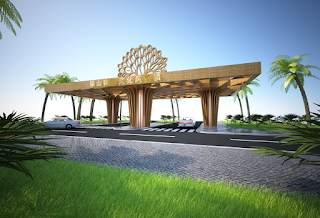 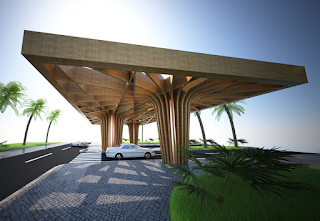 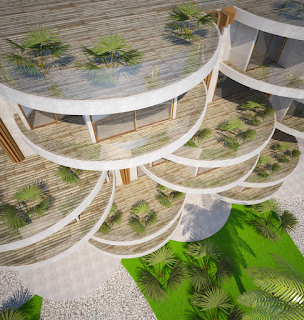 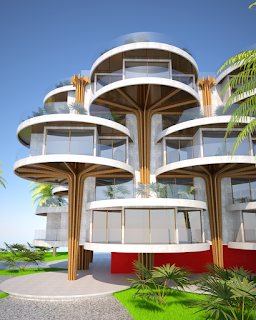 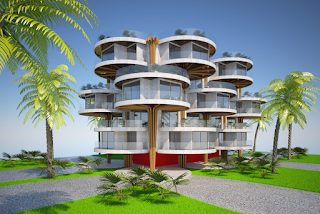 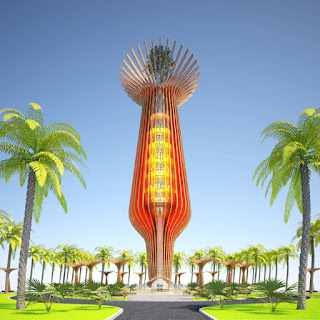 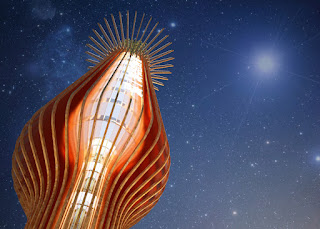 We actually came quite far with this project. There were multiple committee meetings in our favour and we got very excited about the project potentials at some point. However, a few months later, key people of the projects stopped responding to our queries. It fell into the same time of massive arresting of politicians and business figure heads. We were told, that everybody will be playing safe for now and reduce spendings and developments. The Chinese business environment has slowed down by then already and we were sure that such development will be observed suspiciously by the government as well at this point in time. So we abandoned the project with sweet memories of delicious coffee remaining only.