With the city heating up earlier and earlier in the year, this was the last time to walk the city without getting a heat stroke. Global warming is only one of the causes. Higher density, the excessive use of concrete structures, no facade or roof insulation and no thermal glass, the city of Hong Kong is strangled by heat island effects, canyon effects and all other environmental effects, which made Hong Kong the only city on this planet to have a massive increase in energy consumption in recent years. The greed of the developers, the absence of environmental restrictions and the ignorance to more reasonable construction methods have brought a wonderful city to the verge of a climatic collapse. Yet it would be all too easy: As a poor but booming backwater colony in the 60s and 70s, Hong Kong has developed a tropical modernism, which did not rely on high technology, but on low tech solutions for it's climate. Facades have developed into functional ornaments, using sun shading devices, as well as the need for hiding external building services such as air conditioner as potentials, to create spatial and functional ornaments. A random walk through Central reveals such projects. A lot of these examples have disappeared already and have been replaced by new glass towers (which increase the environmental problems for the city even more). Those, which remain, proof of an era, where the function could become ornament. 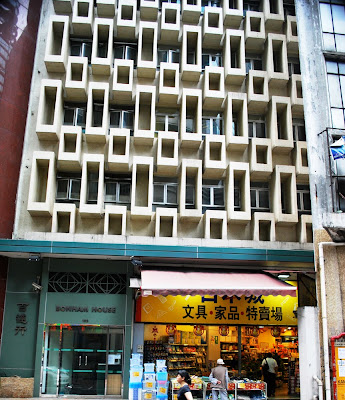 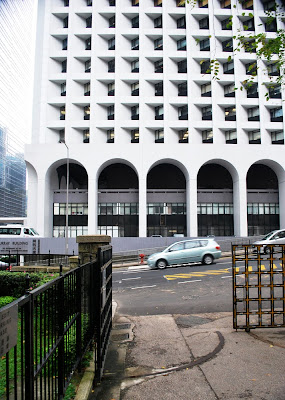 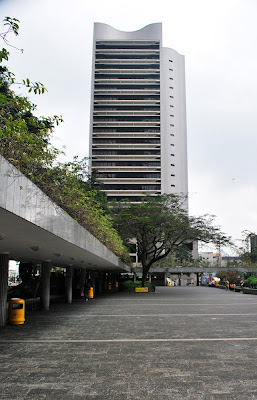 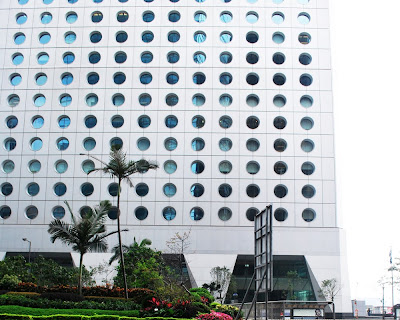 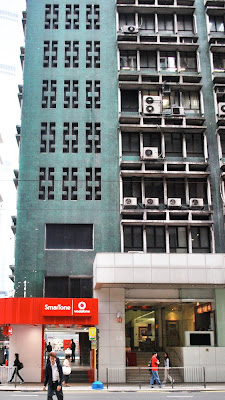 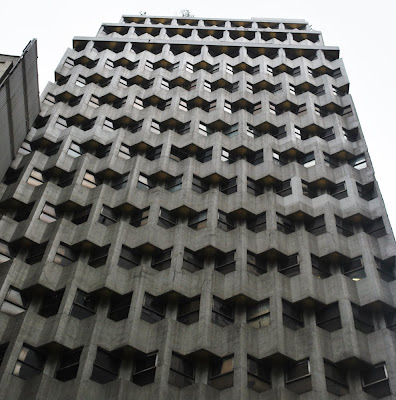