Today it is: Finally worldcup again. Bets are strong for Spain, Germany surprises with a very un-german team of young and dynamic players. I love soccer not only for the game, but especially for the atmosphere created in the large stadium structures. Yet those arenas are an environmental disaster: Huge areas, with even larger infrastructure around it, serve their purpose only once a week the most. Other than that, they are are cemetery of concrete and manicured grass. They seem to be resisting other use than the mega-event and opposite to even the biggest market square (which also takes on civic and social function beyond the market day), the stadium has failed to generate activities beyond it's designated function. The stadium is maybe the most inflexible and mono-functional architectural space possible. Yet many architects have created amazing spaces of architectural and engineering beauty. Arguably the marriage between the two disciplines has always created the most stunning results. For the celebration of the day, please see a collection of my favorite stadiums: 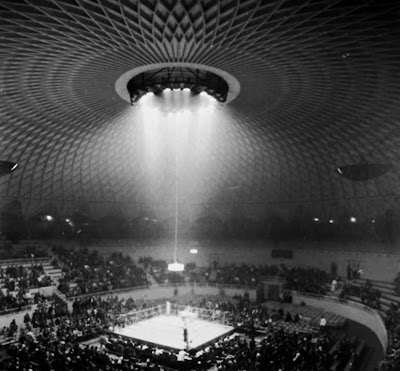 Nervi, Palazetto della Sporto, 1957: Amazing Concrete roof structure, quite monumental though, yet such a high level of precision in casting work. 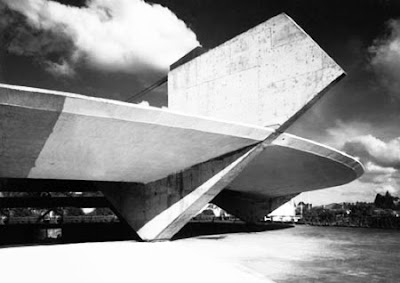 Paulo Mendes da Rocha, Paulistano Athletics Club, 1958: The beauty about Brazilian architecture is, that they can make concrete fly. One of my favorite architects of all times and imagine: This was his very first project, won the competition and built thereafter... 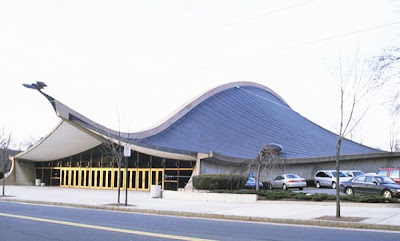 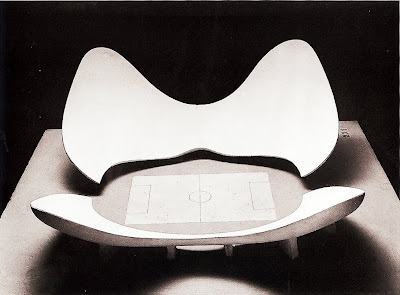 Luigi Moretti, Stadium Proposal for the Exhibition of the IRMOU and parametric architecture, 1960: Why has this never been built? Maybe one of the most elegant stadium architecture, where the pitch is an extension of the landscape and the seats just float above it. And it was the first parametric exhibition... 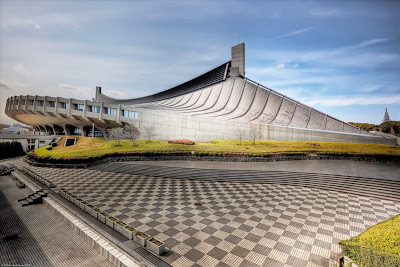 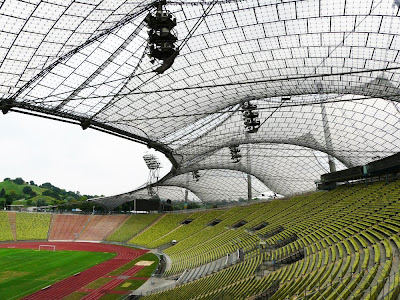 Guenther Behnisch, Frei Otto, Olympic Stadium Munich, 1972: And they made architecture fly - very elegant solution of a tensile roof structure. It has been rarely accomplished to create a tensile structure - without fabric - so light 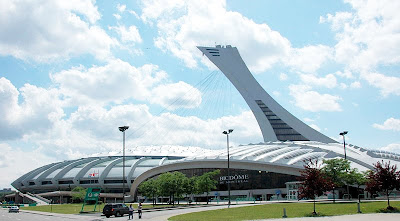 Roger Tallibert, Montreal Olympic Stadium, 1976: I like the dynamics the stadium creates on both, sculptural level as well as on urban relations 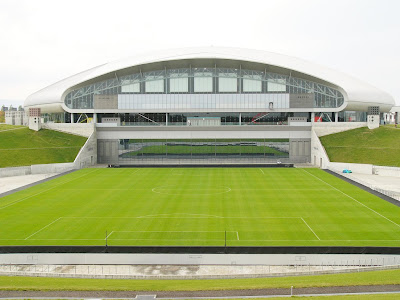 Hiroshi Hara, Sapporo Dome, 2001: Not necessarily for its form, but this stadium is highly interesting because of its performance: The pitch is moveable and the inside of the stadium can be used for completely different events. 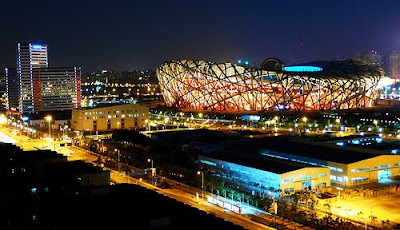 Herzog de Meuron, Beijing Olympic Stadium, 2009: Beautiful one-liner, beautiful decoration. Not so sure, if it should be in here, yet it is quite amazing, that they managed to built this in China to that level of precision.
Images have been searched online.
Posted by uk at 7:16 AM 1 comment:

As many of you, who have been interested in the Kaohsiung Maritime Cultural & Popular Music Center International Competition, might already know, the competition has been cancelled just the day after the submission deadline. An outrage has wiped through the web community with a lot of angry and disappointed feedback:

We are obviously equally upset, as we also submitted an entry. But I would like to give this incident a slightly different direction, not being in rage but looking at it from a broader perspective about architecture itself: Interestingly, the feedback in the web has revealed time and effort, offices really put into open, not paid competitions, such as this one: Most of the comments point to a period of about 5 weeks with 5-15 colleagues involved. It is a huge amount of money and effort put into a chance, which usually stands at 1:150. What does this tell us about the state of architecture, the role of the architects or the role of the client? Are we really the Don Quichottes, who through every little bit of what they have free willingly into the fight against windmills?

To start with the last, it has been the tendency over the past 10 years, that clients get exponentially greedier by the year. What used to be an idea competition (which is supposed to be about ideas), has evolved into a near tender competition with very specific and way too detailed requirements. In the end the client will receive 100+ ideas, from which he can freely choose and combine. Architects are willing to supply to this toyshop, giving ideas away for free. And even more, the architect supplies for free a level of detail, where the client does not need much more to pull it off as a built project. It might not be enough for the critical and judgmental eye of the royal architect's circle, but usually more than good enough for anybody else, who actually uses the project in the end.

The role of the architect and the architecture practice is equally problematic. We tend to accept uncritically not only any offer to show off our great design ideas; but even more we have entered the phase of an architectural arms race, producing much more in shorter time, burning even more resources and money to come up with the most extravagant visuals (Crystal CG and other Viz-Firms profit more from that than us), because we are afraid and suspicious, that other architects might be as wise as ourselves.

As in any arms race, we upgrade preemptively, tapping into the willing resources (staff with professional Rhino and V-Ray skills), bred at Universities nowadays. The show off results in a reduction of ideas and concepts to a single, clearly readable image/icon. Instead of showing our expertise and authority as the leader of the building industry, we love to be the clown, who does everything to entertain everyone else for free.

Architecture is equally in a bad shape, offering a field of endless competition, individuality and ideas, yet no common goal or agenda. We all want to be most creative, most new, most avantgarde and forget the basics along this way of what architecture should serve as in the first place. Architecture seems driven by the project, it does not drive.

The same organizer, who just now suspended the competition, will organize another one. And everybody will submit their work again, being the masochistic hunted, who says: Nevermind, I have done the job already. I got cheated, I got burned, but that's life and I cannot change it.

I am convinced, that no architects will unite against such treatment. Clients know too well, that architecture is a profession, which lacks unity. And suppliers of our tools know that as well. Otherwise, why should be software for architecture so expensive, while software for financing is so cheap (and yet, they make so much more money with so much less resources).

As we in the office are also submitting open competition entries all the time (and never win), we have developed our own attitude towards an idea competition: We see those as an opportunity to research and application of our office agenda. Usually, we do not take longer than 1-2 weeks to accomplish the project with not more than 2-4 people involved, focussing on the core idea we want to explore. Rather than wanting to win, we use the competition to quickly test ideas in a slightly different condition, than where we have developed it for. This investigation will then feedback onto our professional projects. We see competitions as a field of experimentation, serving our practice, rather than the other way around. Obviously we will not win something with such a speedy workshop attitude, yet, the competition entry is used as an integral research column, upon which our projects rely on.

To conclude, of course I would love to show our project here, but stupid as I am, I am holding back to wait if the organizer resumes and we can resubmit our work - Silly Clown wants to be smart...