Architects have lost autonomy over the entire domain of the building. What was once a holistic profession has transformed into specialisation. The architect's competence has been reduced to design and design management and substantial authority has been transferred to a consultancy model, which can involve easily five or more consultants per project. The architect remains the design manager, however he is not in charge of all aspects of the building planning stage any longer. What is a healthy process to some extend, opening room for more design focus and innovative experimentation, architects loose throughout this tendency the ability to grasp the basic concepts of structure, building services, quantifying, performance of the building. The tendency is reflected in the University already, where engineering education is marginalised. The March 2015 summer semester studio’s objective is to revisit structure as the experimental method and work with it as the main architectural design tool and explore the spatial potentials that lie within the relation of structure and program. 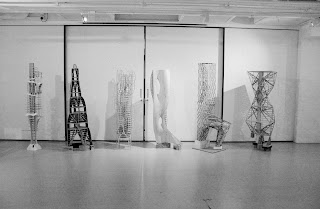 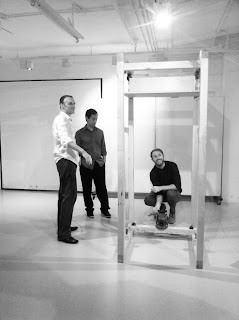 Architectural space and structure are symbiotic in a building. However, structure as the domain of engineers has lost its relevance as an imminent design tool for architects. In the contemporary production of architecture, structural models merely solve problems of the shape of architecture. The studio will revisit the spatial and design potentials of structure, becoming the driver of concept and space and the therein resulting spatial opportunities. We will chalenge the high rise typology and it’s predominant podium-tower configuration. The studio will specifically investigate the idea of structural transfer. 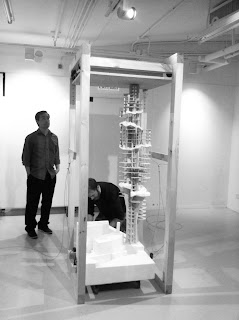 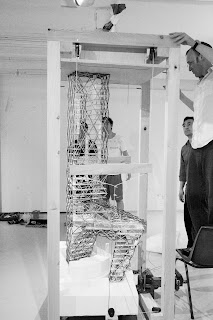 The studio was a single term research and design project. The project was a office tower at the University Campus, built over an existing heritage site. Due to the heritage status of the existing building, no new structure could touch the existing building. However, full air rights were granted. The program was framed in terms of two structurally opposing conditions: A generic mass program (office) and a specific site context, that cannot be invaded with structure. The proposed project was limited to a singular highrise structure of 100m. The purpose was to explore the structural transfer between the existing building and the proposed office program.

The project was organised in three steps:

Various models of structural transfers will be selected, analyzed and interpreted based on existing buildings.

Based on different structural methods of transfer of step one, students will focus on one model and develop an architectural project, which transfers between two opposing programs. 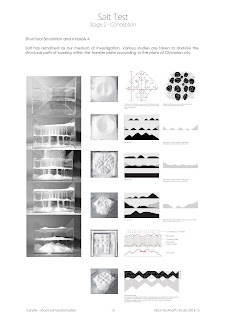 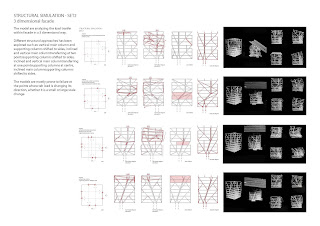 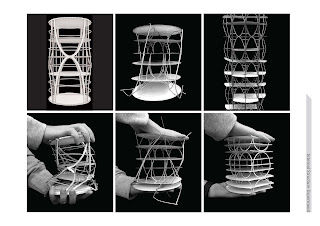 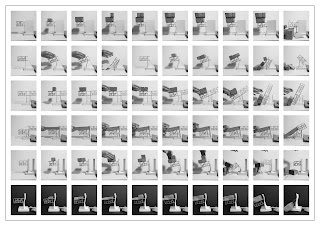 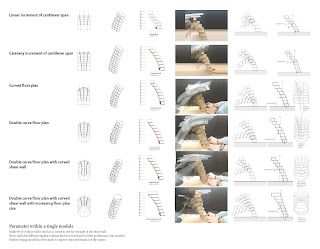 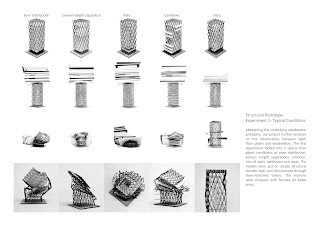 The projects were developed as a model that were also used in terms of loading and stress tests.

The studio was linked and co-organized with a structural elective course for the MArch by Renato Garcia. Students took the two courses in parallel.


The design method focussed on the use of working models, which were be put through actual structural stress and loading tests through an architectural guillotine, designed by Donn Holohan. It was not expected that all material produced in the studio would survive the final presentation. However, most of the models showed significant deformations which were the basis for further testing and optimisation of the structural models. 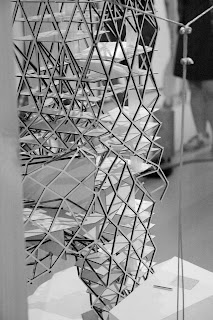 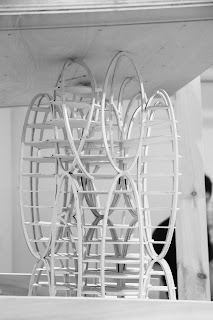 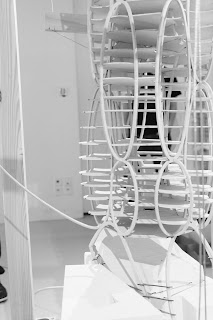